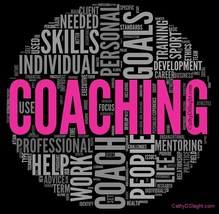 Years ago, while seriously ill, I was fortunate to cross paths with someone who suggested an unusual solution. He said I might want to think about learning how to work with my energetic system, rather than physical, to heal my body. If not for that person's advice, I don't think I'd be here today. What I discovered from that experience is that there is a source, an invisible field of informational energy- measured in frequency- running  through us and also surrounding us. It's designed to supply all our needs. We've been working with it subconsciously all our lives. However we were intended to also work with it consciously.
Doing this doesn't mean we turn away from the medical system. Even though Western medicine seems to have some "gaps", especially in the field of energetic or frequency work, there are near miraculous results in many areas. But those who are aware of the profound possibilities in the field of energy/frequency want to fill this gap created by its absence in the mainstream. Problem is, insurance programs rarely cover this kind of thing, so it's primarily available only to the affluent. Plus, it's challenging to find true energy healers. Even though there are some out there, they can't possibly help everybody. And one more thing - many of the energy modalities have priced themselves out of reach. For example, I recently talked with that was a distance consultation)
It could be time to say "what can I MYSELF do about my wellbeing?", and understand that the majority of mental and physical problems we're facing can be solved by anyone who learns to work with the energy around them. With some simple training and tools,  they can tap into a source that has been provided to serve our needs. The challenge is getting the masses to even look at the information regarding this, because it involves
changing deeply embedded belief systems.

Reality may have backed us into a corner, though. Present belief systems aren't serving us. Our mental and physical health is in crisis. We can't drink a glass of water without taking in some sort of poison, and we're not sure it isn't the same with the air we breath. Sugar is added to almost everything we eat, and many foods have become toxic substances, not nourishment. We're hooked like a bunch of fish to our televisions, computers and cell phones. Just about everybody is addicted to SOMETHING.  Depression is an epidemic. Those aware of the reality of the situation may wish to make some changes. (If you're standing on the track, and the train is coming, it does no good to say "It's all good" or "Our government will figure something out" or "there is no train".)

But here's the most frightening aspect-to me- of our current reality: Many see what's happening, but feel powerless, defeated. They say "Why bother? It's too late! I'm just one person!" But, like so much we see through just our 5 senses, that isn't true. There IS something we can do. We can work together to change the present course we're on. It's not too late. A field of energy surrounds us, moving through every particle of our being, with all the information we could ever need. But how to get this message across? I remember a story from childhood. A boy was drawing a picture for class. The teacher asked him what it was, and he said " I'm drawing a picture of God." The teacher said "Nobody knows what God looks like" and he said " Won't you just take a look?" I feel like that kid. We have a God-force around us that was intended to provide us with everything we could ever need. We're supposed to be working with it on a conscious level, but the knowledge regarding that has somehow been relegated to the supernatural. That's the true challenge in approaching people with this information-many believe it's just "hocus pocus".

So, I decided to put together 12 sets of exercises designed to re-awaken the power you have always had to further connect with the God-Force around you. If you participate in these exercises, you may become aware that you have the power to heal your life on all levels.

There are 12 1hr sessions, priced at $50 each. If you prepay, you can get all 12 sessions for $500 instead of the $600 it would ordinarily be. These are distance sessions, so can be done from any location. However, it would be ideal if we could speak on the phone before, after, or during the session. Prior to each session you'll be receiving a little information - really just a page or so - that will explain what we're accomplishing in each session. There will also be some questions to answer to prepare for the next session. There is another option as well. You will see that the entire manual of 12 sessions is available below for just $35. If you dowse, or have an SRC, you can do the exercises for yourself at a fraction of the cost.

If people were to consciously reconnect with the God-Force, that field of energy around them, they might then feel empowered to take on responsibility for not just their own life, but even the well-being of the world. They might have such energy and power that they could work together and nudge this planet towards a sustainable course. Sure, things may appear, on the surface, to be bleak. But the 5 senses don't show everything that's going on. Often when things appear to be at their worst they're actually about to get better. Let's focus on that reality. To do that, we have to step out of the world as we "think" we know it and re-examine some ideas that we've always believed to be true, but actually are not.  Few are willing to do that. If you are an exception, and ready to really "look", you may be ready to turn your life- and perhaps even this world- around.Science now confirms what the spiritual traditions have said through the ages. We're all part of an infinite energetic matrix, or grid. Just like a computer tunes in to the world wide web, or a television selects a station, we as humans also "tune in" to a band of frequency that sets the station for our life. Problem is, we can't see "frequency". For example, you're online right now. Look around. Do you see the energy of the world wide web pouring into your computer to create what's on the screen? Nope. Your five senses aren't set up for that. It's the same with the energy flowing around us: We can't see it.

And has your computer ever been hacked? Spam goes out in your name, purchases may be made from your checking account, etc. It can really screw up your life. You'd certainly get this corrected, wouldn't you? What many don't realize is that we, as humans, also have an energy system that can get "hacked". There are lower vibratory energies on the spiritual plane, just like there are a bunch of "low-vibe hackers" on the physical plane.